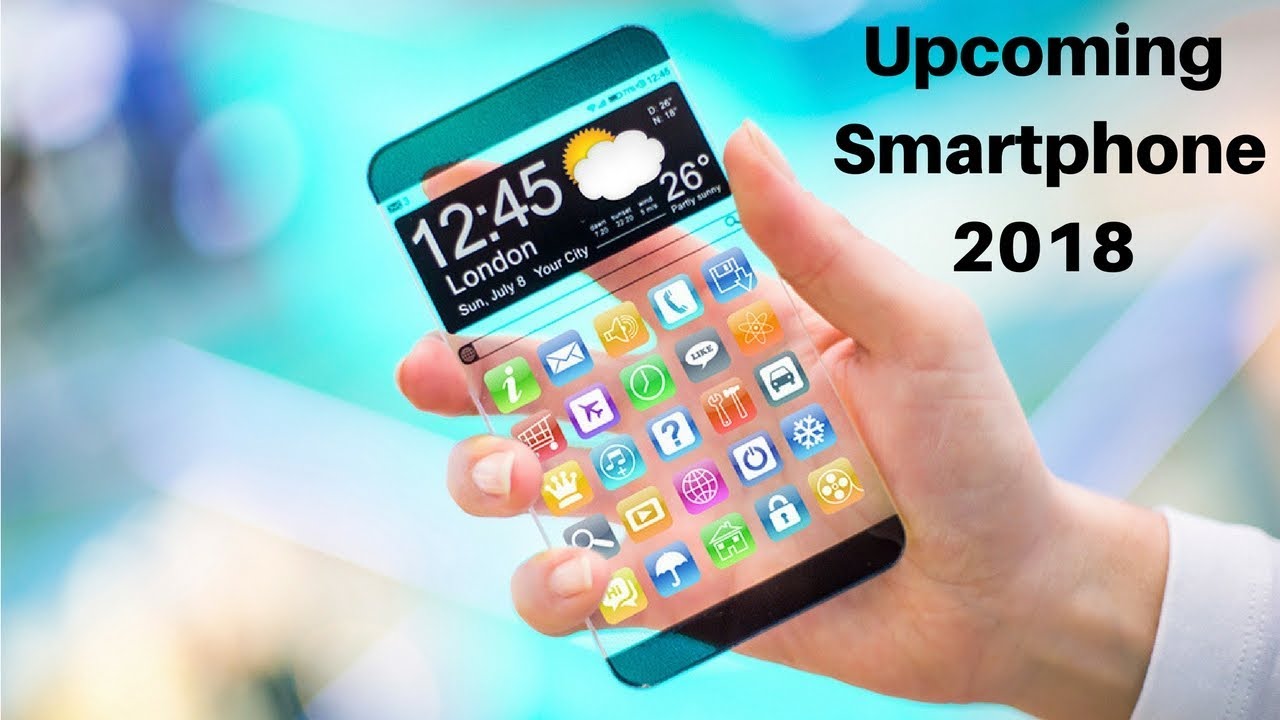 It’s always the question that as soon as you upgrade your phone something better comes along. Maybe it’s size, a memory, a camera, or any other kind of different possibilities like security through fingerprint and facial identification, video identification service with help from companies like Fully-Verified, and so on. So should you upgrade now or wait? The outline details of the best Smartphones coming in 2018 set to arrive within the next few months to help you make a decision. 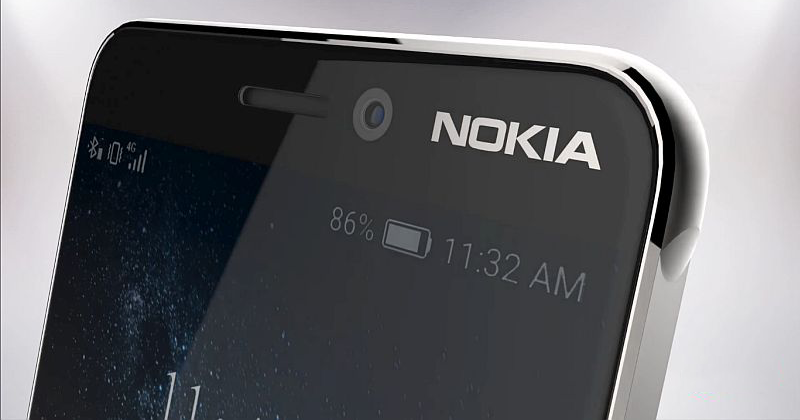 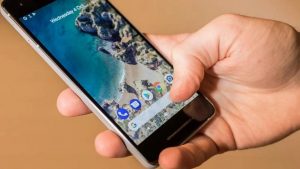 Three new Google Pixel phones are expected to land on 4 October 2018, with one of them potentially poised as a rival to the iPhone X. We know that these new Android phones will run the Android 9.0 P(still to be launched), and that they will likely carry the 7 nm Snapdragon 845 processor and feature 18:9 pOLED panels. 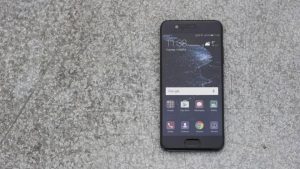 The P11 will be successor to the company’s current flagship, P10. In common with the Mate 10 it will likely get the Kirin 970 chip, which Huawei claims  delivers 25 times better CPU performance and 50 times greater energy efficiency. Very little is known about the P11, but rumors suggest it could copy sister company Honor’s latest flagship and ditch the 3.5mm headphone jack. 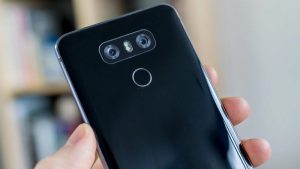 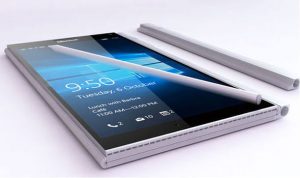 Microsoft’s Surface Phone has been the stuff of rumoNokia 9rs for more than two years, and only a couple of months ago we believed all hopes were dashed with news that Microsoft was killing Windows Phone. But the company has filed fresh patents for a foldable mobile device. It’s still no more than a maybe, estimating a release date now is impossible. But if the Surface Phone is eventually successful, we could see a foldable phablet to rival the Galaxy Note X. 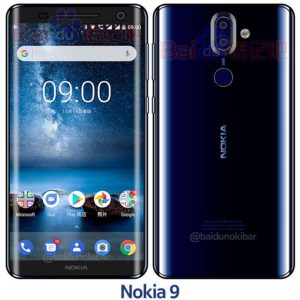 The first Nokia Android phone was announced a year ago, with its successor (the Nokia 6 2018). But we’re still waiting for an announcement on the Nokia 9, which is the flagship in the company’s line-up. Rumor is that a big reveal could be coming on 19 January. The Nokia 9 was thought to be an upgraded version of the Nokia 8 with a larger 5.7in 18:9 display and an extra 2 GB of RAM, but the latest leaked images show a standard 16:9 display. We should see a dual-camera – potentially 13 Mp with separate RGB and monochrome sensors. A 13 Mp selfie camera may also be found at the front. This is the setup seen in the Nokia 8, which also boasts Both i.e photos – snaps that combine images from the front- and rear cameras to create a fuller picture.

Also new in the Nokia-8 is 360-degree Ozo audio recording. Thih will sure make its way to the Nokia 9. The Nokia 9 is thought to be the flagship in Nokia’s Android phone family, and as such will likely run the 10 nm Qualcomm Snapdragon 835 with Adreno 540 GPU, plus 6GB of RAM and 64GB of storage. 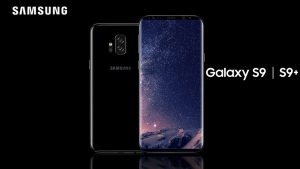 The Galaxy S9 and Galaxy S9+ will be the biggest and baddest of the phones announced in 2018, continuing to perfect what have so far shaped up to be the best phones of 2017. In both the models it is likely to have the 7 nm Snapdragon 845 or 8 nm Exynos 9810 processor, with a dual-lens rear camera and fingerprint scanners embedded into the Infinity display. Performance will definitely get a boost, and we might see Samsung finally go above the 4 GB of RAM seen in the company’s previous flagships. The design is not likely to change significantly, and hopefully neither will the price. 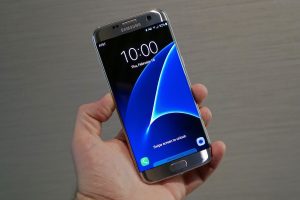 You may have read rumors about a Galaxy S8 Mini. However, as we approach the Galaxy S9 release date it’s looking more likely that if such a phone exists it will be the Galaxy S9 Mini, not the Galaxy S8 Mini. There’s very little to go on, right now but one mobile leakster has suggested Samsung is working on a 5 in screen phone with a full-screen Infinity Display. It sounds like a potential Galaxy S9 Mini, but it could equally be an update to the Galaxy-A series. We’ll have to wait and see. 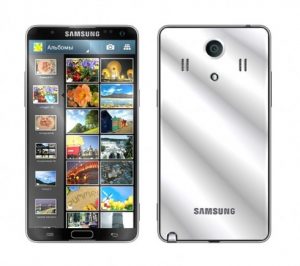 The bendable phone will finally become a reality in early 2018 if rumors are to be believed.

The Galaxy Note X, previously known as Project Valley, is thought to be a smartphone with a dual-screen (one on each side) that folds out to reveal a 7 in tablet. An 8 in tablet that folds up into a 5 in phone has also been rumored.

Okay, let’s be honest here, we’re not actually entirely convinced that a Snapchat smartphone will ever exist. We think more likely the company is working on a connected camera, but there is certainly a talk of Snapchat-phone.

Should a Snapchat smartphone come to reality it will likely be the ultimate selfie phone. Perhaps it would be the first phone to feature a 360-degree camera. 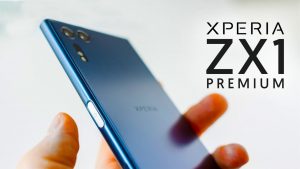 Sony is thought to be unveiling the Premium version of its Sony Xperia XZ1 at February’s MWC 2018 trade show. This would place its launch date as 25 February 2018. The phone will likely launch alongside the Sony Xperia XZ1S and another Sony phablet, the latter with a 5.7in 4K display and an 18:9 ‘bezel-less’ design. Less is known on the core hardware, with contradictory sources claiming it will feature the Snapdragon 835 or 845. Also with 4 or 6 GB of RAM and 64 or 128 GB of storage. Our money is on the former, since Samsung may well be again holding the exclusive on the new Qualcomm chip.