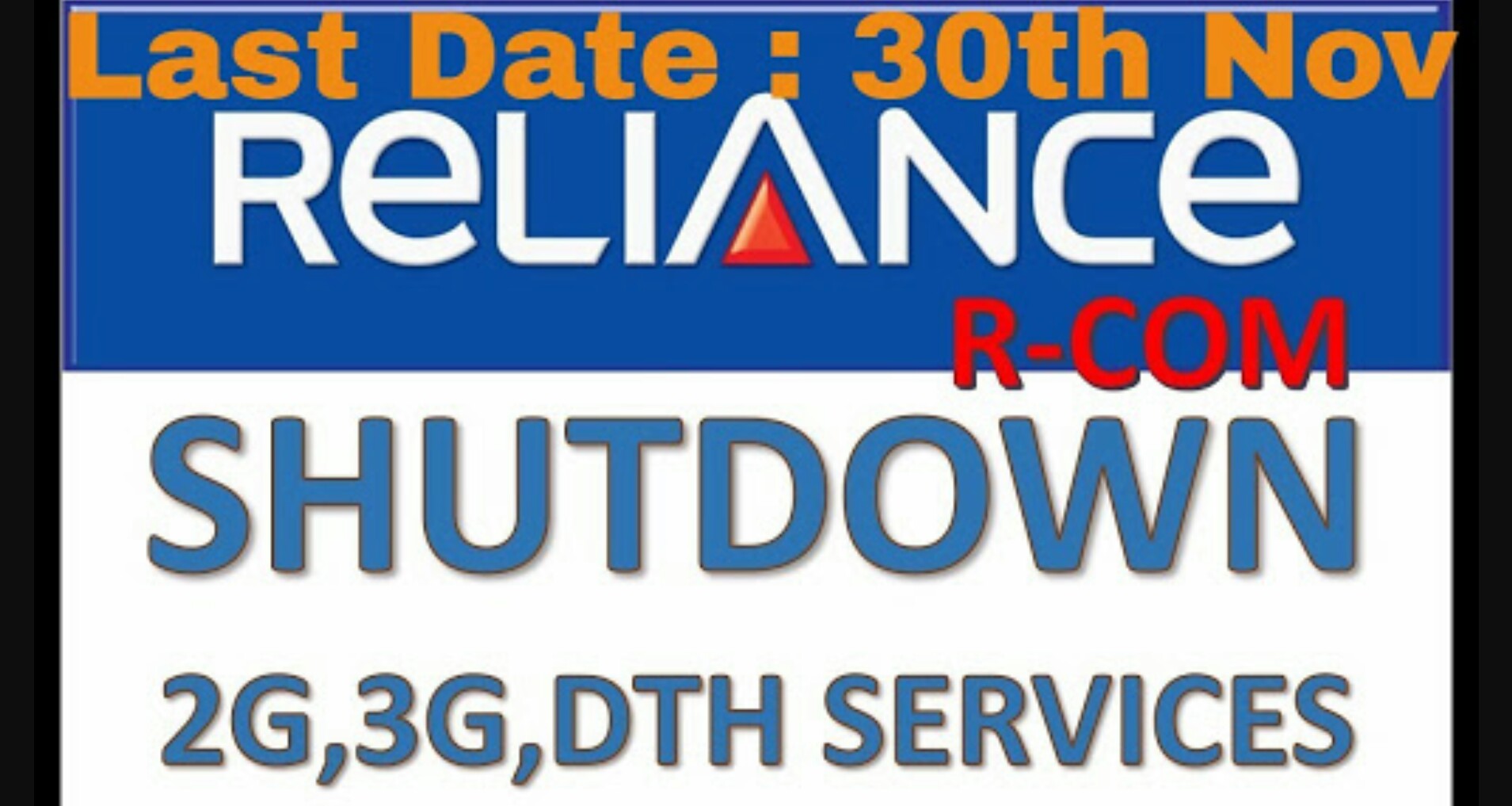 Hello readers here is an shocking news for repiance users Reliance Communications is going to shut voice calls from December 1st. There is a good news for existing subscribers, they can port till Dec 31.

RCom, is under debt of around Rs. 460 bilion, so now it has decided to shut down its voice call services after it failed to close its wireless business merger deal with Aircel in the beginning of this month.

Reliance Communications will shut down voice call service from December 1 and its customers can move to other mobile networks operators by the end of this year, as per direction issued by telecom regulator Trai, or else they will not be able to port their existing numbers.

The Telecom Regulatory Authority of India (Trai) in direction to all telecom operators said that RCom on October 31, 2017 intimated it that “RCL (Reliance Communications Limited) shall provide only 4G data services to its customers and as a result will discontinue to provide voice services to the subscribers… with effect from 1st December 2017.”

RCom informed Trai that it is providing 2G and 4G services in eight telecom circles of Andhra Pradesh, Haryana, Maharashtra, UP East and West, Tamil Nadu, Karnataka and Kerala.

The Anil Ambani-led firm has informed Trai that the company will be upgrading CDMA network of Sistema Shyam Teleservices, which has been merged with it, to provide 4G services in Delhi, Rajasthan, UP West, Tamil Nadu, Kerala, Karnataka, West Bengal, Gujarat and Kolkata service areas.

Trai said that RCom has informed it has sent all the necessary information regarding closure of voice calls along with option to port out any operators in case subscriber do not wish to continue with 4G data services of the company. The regulator has directed RCom to not reject any porting out request of its subscribers and asked all telecom operators to accept request of RCom subscribers till December 31, 2017.

RCom, reeling under debt of around Rs 46,000 crore, decided to shut down its voice call services after it failed to close its wireless business merger deal with Aircel in the beginning of this month.

RCom and Aircel in September last year had signed a binding agreement to merge their mobile businesses. But, RCom said the agreement lapsed owing to legal and regulatory uncertainties, objections by interested parties and delays in receiving relevant approvals.